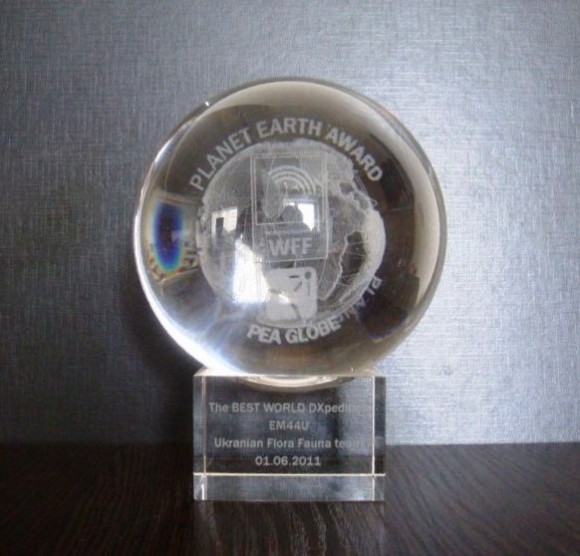 The WFF Fund and Green Annual Committee has summed up On-Line voting «Planet Earth Expedition – 2011» in which have taken part more than 500 HAMs from more than 50 countries of the world.
The main award will be handed over (at the desire of many radio fans from Ukraine) to representatives EM44U Team on WFF GREEN FEST 2011 which will pass from August, 12 till August, 14th, 2011 by tradition in a nice place of the Bryansk region. We congratulate all winners online voting and first of all it is congratulated EM44U Team which last year has pleased many WFF hunters with the activity and continues in 2011.
WFF the Fund expresses gratitude to all HAMs who has taken part in voting.